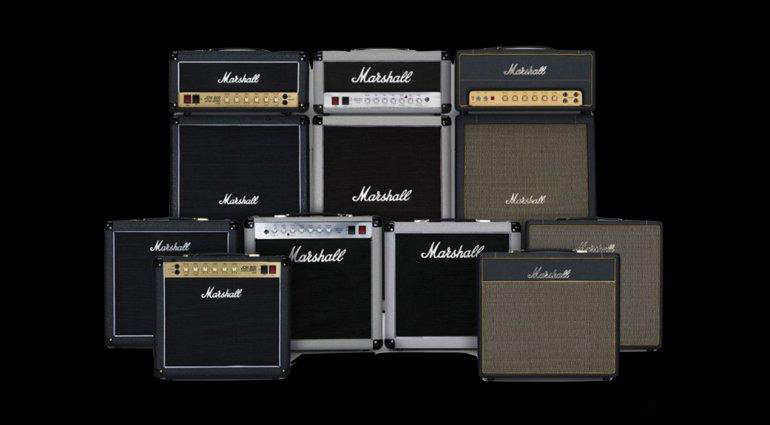 Marshall have quite a storied history. If you're interested in a little history lesson about the company you should definitely check that out here.

New for 2019 they are looking back and taking inspiration from three chapters of that history.

They are introducing their new Studio line of amplifiers that touch upon the signature sounds that helped paved the way for them to become one of biggest names in rock.

They are as follows...

STUDIO CLASSIC
A portable replica of the classic JCM800 2203 which was originally introduced in the 80’s. At the time, it offered more overdrive, making it a heavy metal hero. With a roar rivalling that of the king of the jungle, it’s played by some of the greatest rock musicians of all time. The Studio Classic is available as a 20W head or combo.

STUDIO VINTAGE
Based on the vintage JMP 1959SLP which was the amp that defined classic rock tone, with its plexiglass panel seen on the 100W amps in the late 60’s. It was considered a sonic essential by many famous guitarists for its sheer power and tonal possibility. The Studio Vintage is available as a 20W head or combo.

STUDIO JUBILEE
A small version of the Silver Jubilee. Originally released in 1987 to mark 25 years of Marshall the Silver Jubilee became a favourite with guitar legends such as Slash and John Frusciante for its ferocious tone and split-channel design. The Studio version is available as a 20W head or combo.

Each amp features power reduction. Switch between 20W and 5W power to capture that huge tone at home, studio or stage.

No matter what your preferred sonic tastes there is sure to be a Studio amplifier that will suit your needs. Small amplifiers are certainly back in vogue these days, they sound better at lower volumes, don't cause nearly as many bad backs (I can attest to how important this point is, thanks Cornford RK100 stack...) and generally happier sound engineers all round.

We have ordered each of the new amps in so drop in and give them a go.