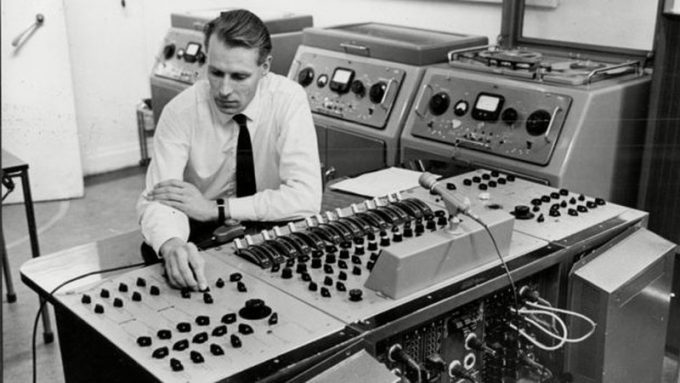 Before we get stuck in I would like to highlight the fact I am a guitarist of 15 years with about 5 minutes of recording experience.  This isn’t a comprehensive insight into the evolution of music technology but purely a short ‘ode to’ written by a lover of music, technology and history.

I was sat eating my breakfast the other morning watching YouTube (don’t judge me) enjoying a bit of the satirical world of Charlie Brooker, when a video by a well known youtuber by the name of Rob Scallon popped up.

Now I don’t really watch much of his stuff, the novelty wore off for me around the time of the hillbilly AC/DC cover. The video posted that morning was somewhat different, it was a short 10 minute video showing Rob and some of his musical friends recording on some the earliest ‘studio’ equipment available; The Edison Phonograph. Essentially it resembles a gramophone on a much grander scale but works in reverse.

Now let’s just take a minute to appreciate this and make it a relevant read. I’m going to assume that you are aware how convenient a world we live in. We are currently in the forth age of sound recording. Armed with a laptop, some software, an audio interface and few select mics we are able to capture and produce music that would rival studios full of equipment as recent as 20 years ago. We can do infinite takes, have unlimited recording time, sample anything and manipulate it until it is completely unrecognisable, the world of sounds is completely at our mercy.

Each age has brought with it a massive stride in audio fidelity. We are blessed with huge dynamic range that has given birth to entirely new styles of performing, namely the popular 'Crooning' style of the 1930s and 40s. We are able to capture and reproduce a wide frequency response that goes from the lowest lows to the highest of highs. Let's not forget the mediums on which we are able to store and share the recordings to the masses. We have been able to share our love of music via vinyl, magnetic tape, MP3 or HiRes FLAC and it's all thanks to a few victorian era individuals who thought outside the box to create the world of sound recording that we are all so passionate about now.

I briefly mentioned we are in the forth age of recording. These ages are as follows:

This is the era of the Edison Phonograph. Being the earliest type of audio recording it is also the most limited. Musicians had to play loud in order to make the glass diaphragm attached to the needle vibrate, as the needle vibrates it scribes the sound waves on cylinders coated in wax or a soft metal such as aluminium soap. Often musicians were positioned awkwardly crowding around the horns in order to capture the performance. Sound was only able to be captured between the 250hz - 2500hz with massive amounts of background noise. 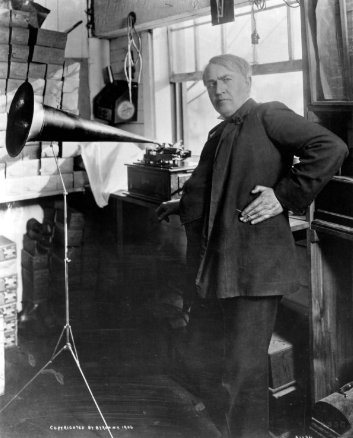 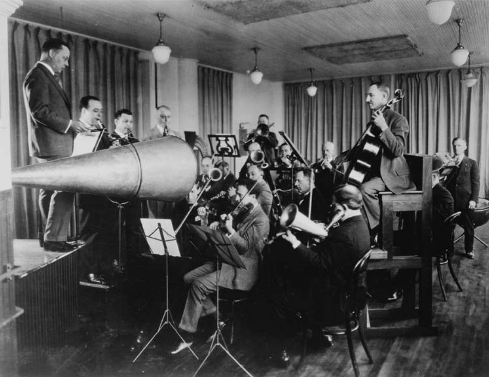 The second era of sound recording was brought about by Western Electrics innovations. These were an integrated system of electrical microphones, electronic signal amplifiers and electromechanical recorders. The front end (capture) of the system was all new and very much the future. The back end (storage) however was still very much in the first era, albeit a much more refined process of making a master disc.

Musicians no longer needed to play at full volume, quiet sounds were finally able to be captured and reproduced with far great precision than ever before. Along with this the frequency response took another step forward also, with sound being able to be captured between 60hz - 6000hz. With the fidelity of this era, it also brought about two new things. One being the ‘Crooner' as mentioned before (think Frank Sinatra/Bing Crosby) and also the need for something familiar to many, the Audio Engineer.

Let’s not forget on last thing this era brought to everyone, although not an entirely new technology, it was something that genuinely changed the way people were able to consume and discover music. The Home Radio. 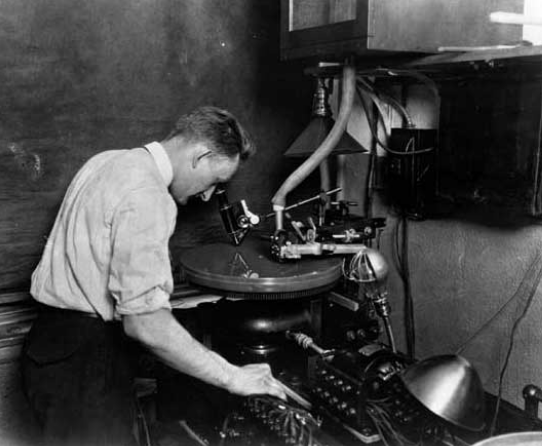 This was actually a technology that was invented around 1928 by German engineer Fritz Pfleumer. During the second world war there was suspicion amongst the allied forces that the Nazi's were in possession of something new and superior to what was currently available, they noticed that the audio quality of obviously pre-recorded programmes was practically indistinguishable from live broadcasts.

With advances in microphone technology and the ability to capture sound with a frequency response ranging between 20hz - 20khz sound went HiFi and with it, the world of the audiophile began.

Soft, low male vocals went out of style and gave way to a new phenomenon; Rock and Roll. I cannot imagine what it must have been like going from the easy listening of 1940s jazz and swing influenced music, to switching on the radio and having Elvis suddenly take over the living room and ultimately an entire generation.

…and that brings us right back to the present. We live in a world of sound captured and reproduced in 1s and 0s. We have the widest dynamic range of any age, the ability to capture the greatest frequency response yet and distribute it to the entire world instantly.

Convenience, low cost and accessibility is what has defined the past 40 years, especially in the last 15 of those years. With the freedom the internet brought to the masses we have the luxury to instantly access the entire history of sound. P2P sharing shook the industry in the early 2000s, computer hardware has made short work the old mediums of storage and how we consume music.

This isn’t to say it’s perfect. Many would suggest the sound is actually inferior to the previous generation. This is down to the digitalisation of the waveform. Everything is encoded to a 1 or 0 within the confines of a particular value dictated by the sample rate of the recording (generally 44,100hz) and the bit depth ie. 16bit has 65,536 possible values and 24bit has 16,777,216.

You can see from the image above what this means. The left of the image is a natural wave as we would hear it coming from the source, whereas the right is the digital ‘image’ of this sound. Bits and pieces have been lopped off creating jagged edges. A lot of people insist this trait causes loss of nuance to sounds and gives you a harsher sound. This is a gross over simplification but you get the idea, the digital age has it’s pros and cons just like the three previous eras that came before.

I will leave you to enjoy the video that prompted this entire article. I’m sure you will appreciate how far we have come in 100 years. So the next time you logon to Spotify/Apple Music/Tidal etc, take a minute to reflect on what you have read here and what a time it is to be a fan of music.