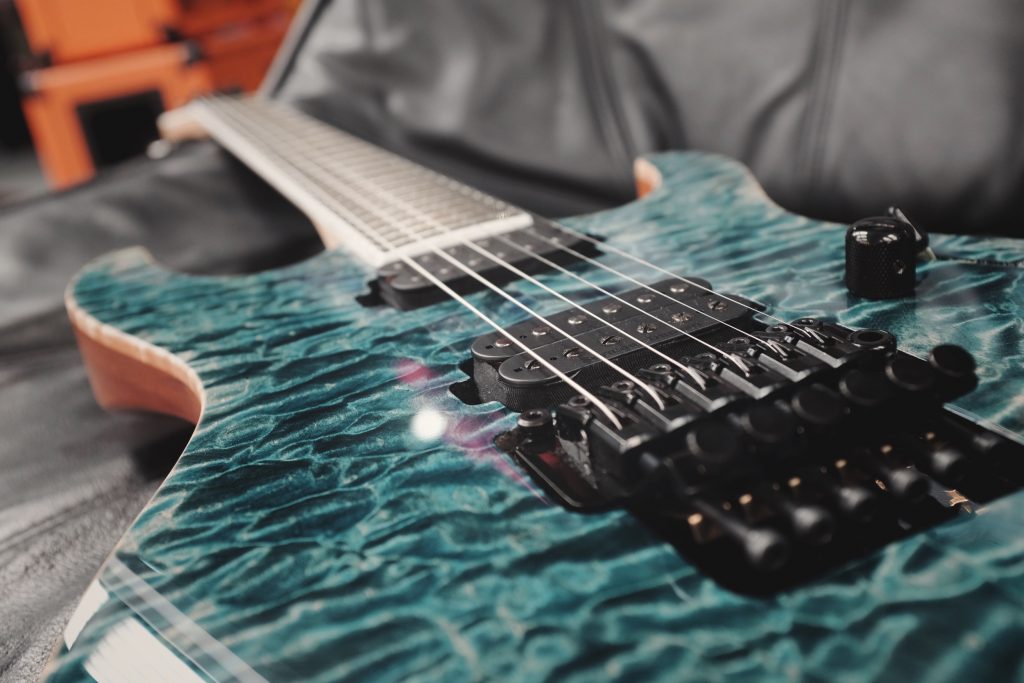 I've been fortunate enough to have had the past couple of weeks off and have been enjoying the sunshine. All good things must come to an end but upon walking back into the shop I was presented with a guitar brand that I had never heard of before. These are Vola guitars, masterbuilt in Japan.

Before we get started I would just like to say that we have been kindly leant these guitars by the UK distributor in order for us to get them into as many players hands as possible and also to gain some customer feedback. We are not profiting in any way but I would like to give you this honest introduction and mini review on a guitar brand many of you may not have heard of before.

The first thing that captures the eye without a doubt are the tops on these guitars. Vola have certainly chosen some very striking pieces of maple for the Ares series that may even rival PRS in depth and grain figure. The Blaze series takes a somewhat different approach but no less striking way of show-piecing the top and this is by colouring the Ash top entirely black and then painting in the grain with what looks like a gold leaf but there are plenty of colour options available if gold isn't your thing. Of course there are many more options available to choose from on all models to make the guitar your own. The two we have here in the shop are impeccably finished to a very high standard.

Some of the guitars in the range are fitted with Vola's own custom designed and made pickups. These are somewhat high output but have incredibly articulation, perfect if you’re fortunate enough to possess a precise touch when playing the guitar at high gain. Some other models such as the Ares are loaded with Seymour Duncan Sentient in the bridge and Pegasus in the neck. These pickups were designed with extended range instruments in mind from the offset. It has probably not escaped your attention that these guitars are both of the 6 string variety but love to be used for alternate and drop tunings.

The choice of fitting the guitar with a Floyd Rose makes complete sense for the audience that Vola are catering for but when you have the right pickups to be playing with down tuned strings the Floyd does have a history of being a bit of pain to keep stable. This isn’t to say that they are hard to keep in tune, the opposite is true in fact. Once the you have settled on a particular tuning, it will stay there, dive bombs and all! Just don’t go fiddling with your tunings mid set.

Keeping on the subject of electronics, there are a few different options as far as switching options are concerned. The demo model Blaze that we have has individual humbucker/split/parallel swicthing on each individual pickup, which can prove to be extremely useful when you want one guitar to cover quite a bit of ground for live use and studio use. 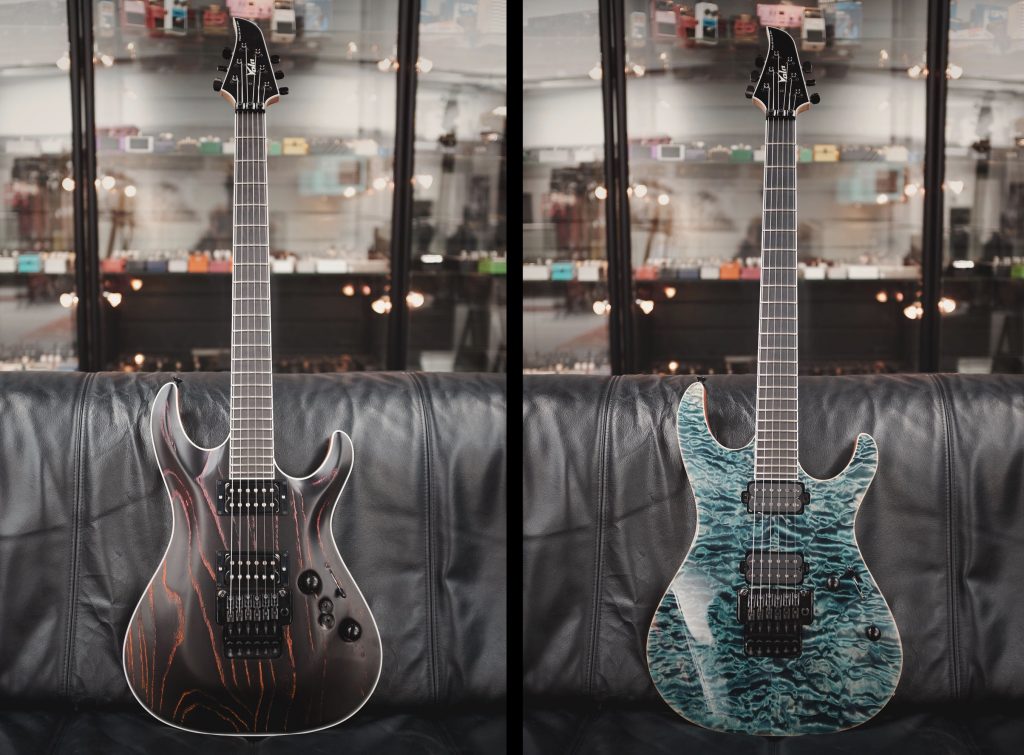 The feel of the guitar is as you would expect from a Japanese shred machine but with one rather large exception; these are the necks. the Blaze model we have possesses are rather large deep C neck profile. This neck is quite a handful and not something that is usually associated with this style of guitar. This isn’t to say that they are breaking the tried a true thin and fast mould entirely, the Ares has a very comfortable slim C (not super thin like another notable Japanese guitar brand) for the more traditional among you. They have also done away with the super flat radius and gone for a more classic feeling 12” Gibson-esque camber. This somewhat old-school-inspired approached to neck design can be viewed as a step in the right direction by some or as a complete hinderance to progression, but as with many things in this world neither feeling is strictly true but just another personal preference to add to the list.

I personally like this cross over styled neck, and feel that things got so thin at one point that the tone and stability of the instrument started to suffer as a result. One man’s rubbish is another man’s treasure and all that. 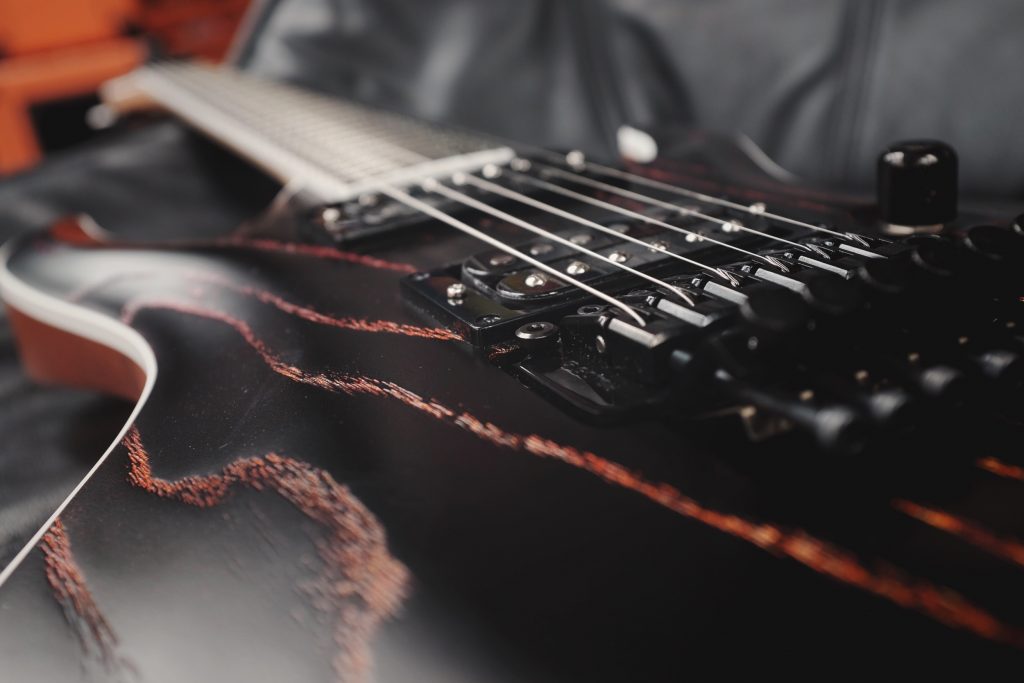 Anyway, I will try my best to broach this next subject as best I can… the price. there we are, done!

Ok, maybe a little more is needed... These are not cheap instruments, they retail at £2000+ depending on the model and options you decide to go for. We must remember that these are hand built Japanese guitars, not a factory produced in Korea guitar. The smaller details are what makes this guitar a little more special than your average Japanese shred guitar. I have taken the time to channel my inner angsty-15-year-old-Metallica-obsessed-self on both of these guitars and also a number of other notable guitars from other manufacturers to try and figure out where exactly does that extra money go. The answer is rather simple and probably what you’re expecting: feel.

Although the other brands were able to mostly deliver the goods on most fronts there is no accounting for that feel you get from a truly well thought out and exceptionally built guitar. The other instruments felt somewhat toy like in comparison to the Vola guitars. Just something as simple and taking a closer look at the guitar you begin to notice things such as the way it is finished. It has satin back, sides and neck but with a rather lovely, hard wearing glossy top that blends without any sign of sharp a transition. I suspect the glossy top is partly responsible for (in the words of Mr. PRS) ‘popping the grain’.

Upon plugging in I did what most would do when given a guitar of this ilk. Still harnessing my inner Metallica nut I piled on the gain! No matter how far I went I was always able to get good note separation on even the most chuggy riffs that my ageing hands could muster. Soon enough sensibility prevailed and I found that the sweet spot for me was that in the middle of the gain dial, not too dirty, not too clean with a decent amount of output valve sponginess, think of that more classic Van Halen type tone.

Both pickups were clean and articulated but one thing I really missed was a treble bleed cap on the volume. I am somewhat of an old fashion guy and prefer to control my dirt from the guitars volume. I found things would become a bit dark when rolling off the volume a bit, which was a bit of a shame. This is an incredibly simple mod to do down the line and is in no way a deal breaker. Both necks felt good in the hand but I must say I was surprised to find that I found myself straying towards the thinner Ares model as I just felt it was more comfortable with the style of music I was trying my best to play. (Just for reference I play a '56 Custom Shop Strat with a rather chunky 10/56 neck profile by choice). 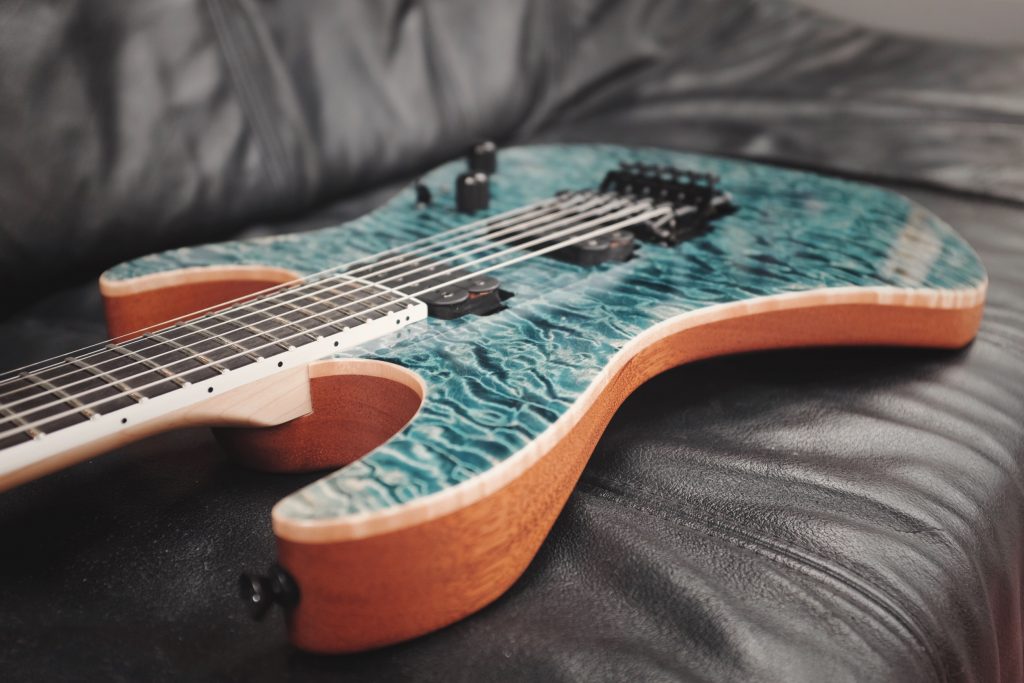 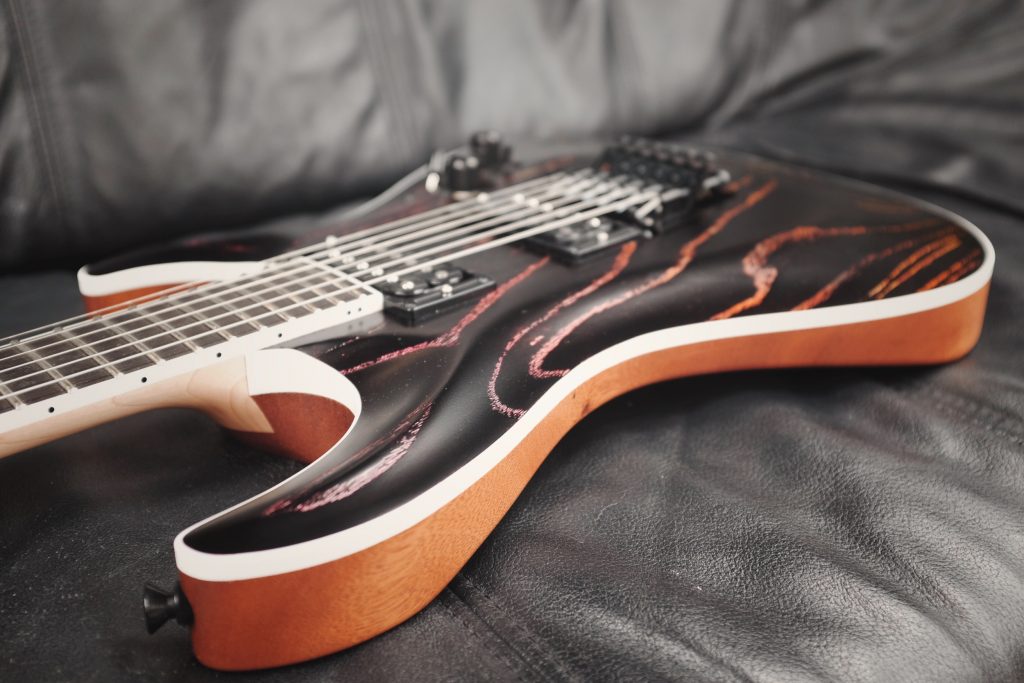 The Floyd Rose system delivered as usual, I was able to dive bomb, and do that Steve Via vibrato trick without knocking the guitar out of tune. All in all it was just a lot of fun to play and I just know for a certain type of player this could be the guitar of their dreams.

One thing that didn't thrill me all that much was the headstock, and this reason is twofold.  It's not the most visually appealing headstock around, although some may disagree on this point, and also there is a rather large QR code on the back that really should not be there in my opinion.

Guitars to me are lifetime purchases and when the day comes that we no longer use QR codes it will be there emblazoned on the back of the headstock like a tattoo you regret getting when your were 18. To be fair these points are completely superficial and down to your own individual tastes. 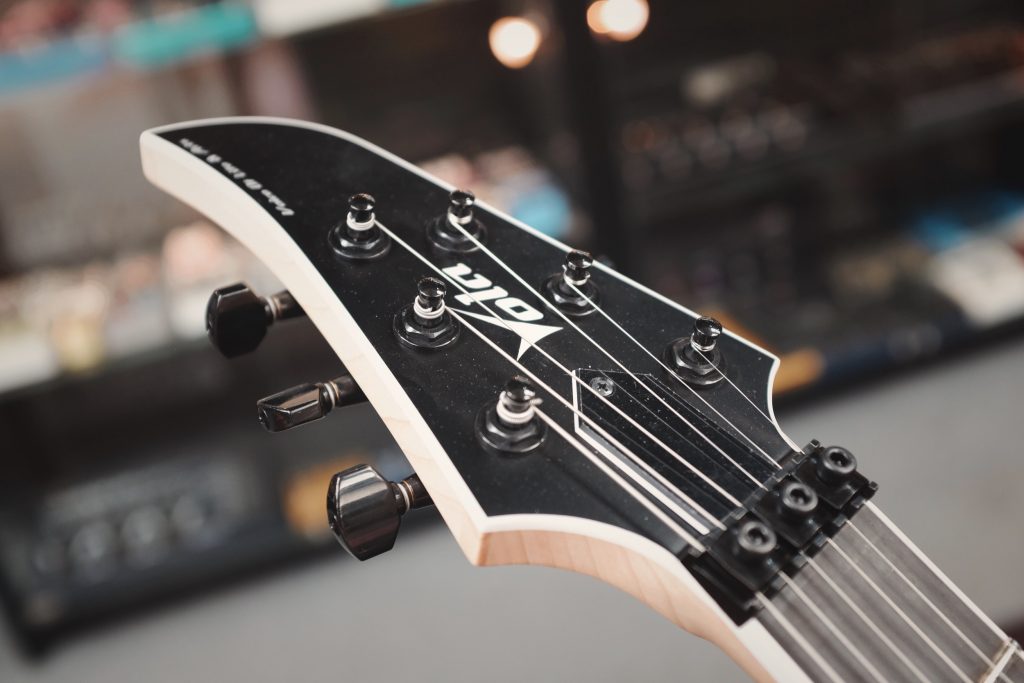 All that said if you’re in the market for an impeccably build, well thought out, beautiful but mean sounding guitar you really owe it to yourself to check out Vola guitars. We have these two in store for demo over the next 6 weeks for your playing pleasure. Treat yourself and come down to sunny bournemouth and give them a blast, you won’t be disappointed.