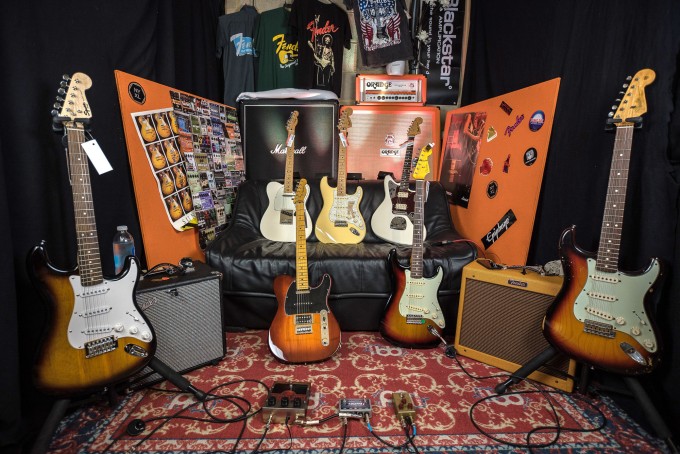 A comprehensive buyer's guide to all of the Fender and Squier series. Whether you have a strict budget or money is absolutley no object, we have the Fender to fit any of your requirements. The Storeroom guys meticulously explain each range of Fender Strat to help you choose which guitar is best for you. So sit back and relax and enjoy this short…when I say short I mean very long…video.

The Fender Stratocaster is one of the most iconic electric guitars to have ever been made, it’s been a major influence on the sounds of modern music. The Strat has been featured on countless recordings, and played by rock, punk, jazz, blues, soul, R&B, and country artists alike. For six-decades, Fender has continually been one of the most popular electric guitars in production.

THE FENDER STRAT: A BUYERS GUIDE Part 1 of 2

THE FENDER STRAT: A BUYERS GUIDE Part 2 of 2

Countless guitarists have chosen the Fender Stratocaster as their weapon of choice. The Strat has earned its place among the most revered guitars ever. Some famous Stratocaster players include:

This is just a fraction of players who love the Strat. The list goes on and on.