This week things get psychedelic as the guys checkout the bonkers new 'Bicycle Delay' from Catalinbread Effects... 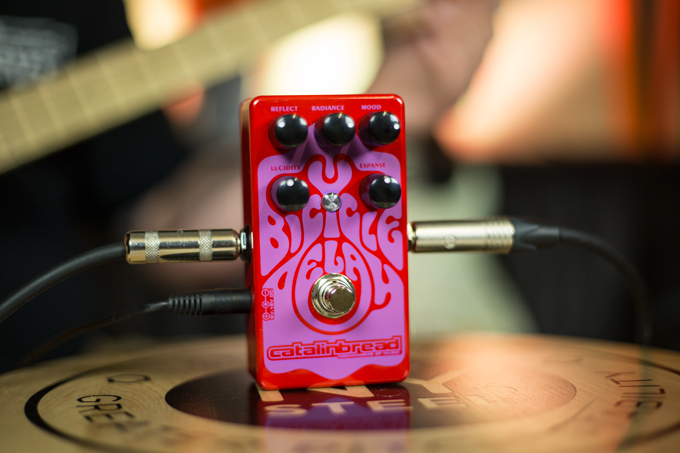 Capable of subtle, haunting ambience and chaotic, warped repeats or downright disturbing echoes of disharmony, the Bicycle Delay is a uniquely pitch-shifting, mind-bending and mood-altering delay from Catalinbread with the ability to send notes escalating into a positive, blooming radiance or a darkened downward spiral!.

The Bicycle Delay is a unique delay with pitch-warped, amorphous repeats. Like a micro dose of morning dew, the Bicycle Delay can emanate lightly affected echoes or hover into nebulous haloes. Much like the intrepid explorer, this pedal responds best when you yield to your instinctual self.

Catalinbread say the Bicycle Delay was something like an 'Albert Hoffman moment', they sat down with no plan of where to get but allowed themselves freedom to be open to wherever the journey took them and just document the experience. Really a strange path to travel when it involves something as cerebral as programming software. Or maybe it's not. Maybe that's a pure form of creativity, to use the boundaries something so matter of fact as programming as a medium for art? The result was a pedal as autobiographical as any Catalinbread have been involved in. The Bicycle Delay is a physical manifestation of the experience of consciousness, letting go of the desire to control everything, and maintaining a positive attitude to leave room for a positive experience. The more time spent with the Bicycle Delay the more it unfolds its complexities to you. The harder you think about what it's doing, the more difficult it becomes to truly put your finger on. The more that you surrender to what it shows you, the more it sets you free to be musically creative. In much the same way it took a computer to visualise a Mandelbrot Set, the Bicycle Delay can show you true organic beauty in disharmony. 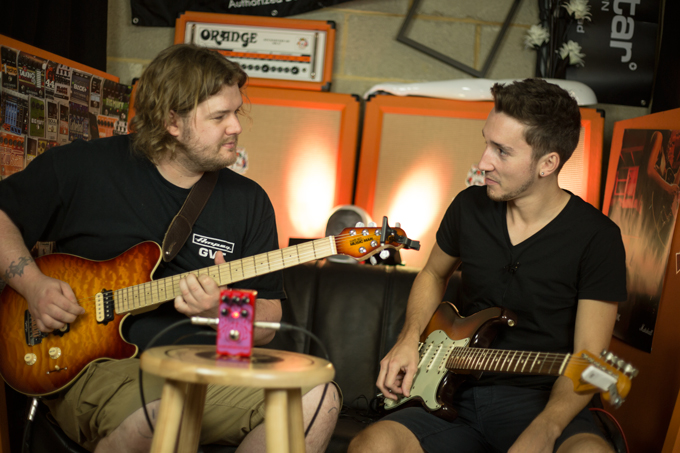 The nature of the experience depends almost entirely on set and setting & the way the Bicycle Delay behaves is also metaphoric to how Catalinbread view life. Approach it from a negative perspective, go ahead, make it spiral downward. There is beauty in it, like there is enjoyment in picking at a scab. It'll take you to darker musical places fitting for the vampires at night. It all depends on your mood. Bring it up, it wants to take off. Happiness in a madhouse. The most difficult and interesting stuff begins to happen when you keep it balanced. Edges of notes brighten radiantly to prominence, like the flora and fauna in the morning sun!
The Bicycle Delay is as organic as a computer growing from a tree. Sonically the pedal is ever changing, even turning the knobs has an amorphous behaviour. So just go with it.