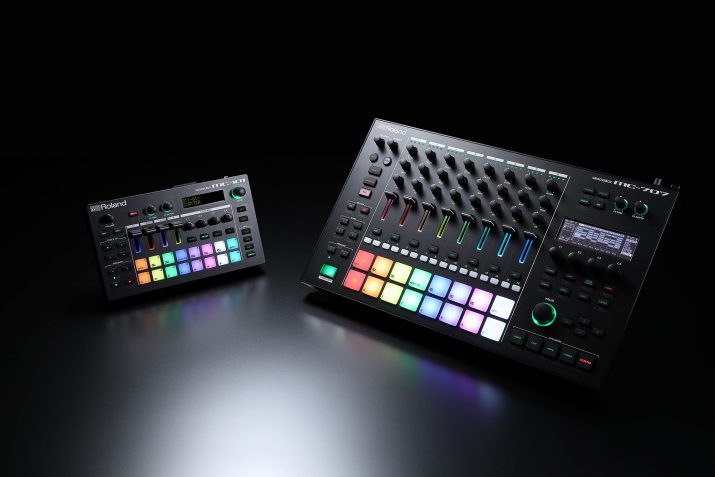 In 1996, Roland launched the original MC-303 GROOVEBOX to great acclaim, and the popular series evolved with many additional MC models over the next decade. Building on workflows introduced with genre-defining Roland instruments like the TR-808, TR-909, and TB-303, the GROOVEBOX series allowed people without musical training—but with keen musical sensibilities—to create songs quickly and easily, and in some cases, these individuals gave rise to entirely new musical genres and styles. The MC-707 and MC-101 fuse this landmark concept with today’s advanced technologies, giving electronic-focused musicians more creative power than ever before. 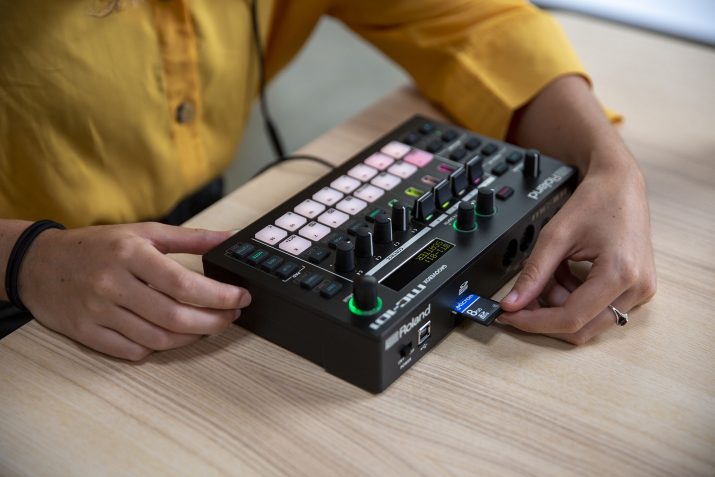 The MC-707 GROOVEBOX offers everything needed to create a song or perform a live set without a computer. Users can immerse themselves in eight-track recording, sequencing, sampling, synthesizers, and studio-grade effects, plus a curated palette of sounds, loops, and phrases. Audio and MIDI can be recorded with deep control over timing, while hands-on faders and knobs inspire in-the-moment creativity. 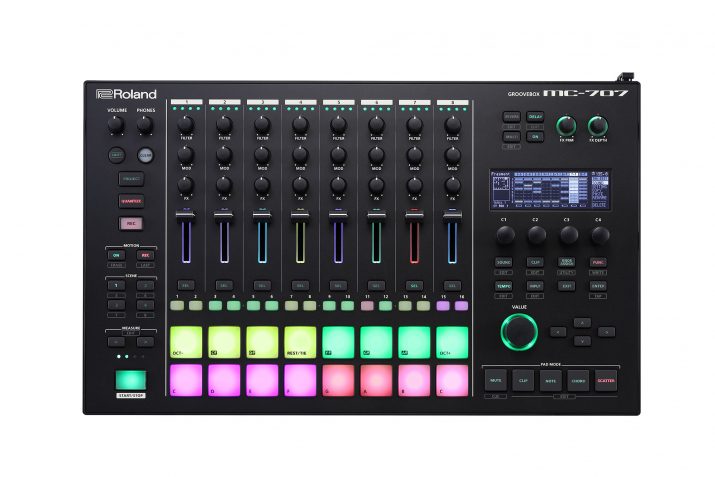 With its advanced USB audio interface capabilities, the MC-707 easily flows in and out of any computer production setup. Users can record all eight parts to individual DAW tracks and finish a song there, or sample sounds from a DAW to capture backing tracks, stems, and more for live shows.

The MC-101 GROOVEBOX has all the high-quality sounds, sequencing, and effects of the MC-707, but in a more compact four-track version that’s go-everywhere portable. This professional production tool features a solid-yet-light design and runs for up to five hours on four AA batteries, allowing users to craft sounds, create drum patterns, and compose musical phrases just about anywhere.