Our Guitar Department Manager, Terry Haselden, talks us through what to look for and what to avoid when considering a guitar as an investment.

Here is a question I get asked many times..."What guitar(s) should I be purchasing as an investment". Guitars are musical instruments that are meant to be played not sit under a bed untouched for 15 years in the hope they will have increased in value over a period of time. If you are looking for a long term investment then I would suggest buying gold bullion or some stocks and shares…

Guitars like many collectibles in life have very positive appeal when used by a guitarist who is getting lots of airplay and in quiet periods the same guitar can be slow to generate any interest…So be prepared to sit it out over a number of years.

Because a guitar is 50 years old does not mean it will have the appeal of similar aged guitars . Take for example a 1962 Fender Stratocaster when compared in retail value to a 1962 Fender Jazzmaster. There will be a large difference in the values of these guitars. The reason is simple, we can all think of many guitarists using Fender Stratocaster guitars but would be hard pushed to think of many famous guitarists playing a Fender Jazzmaster guitar.

When considering what model to buy it is also worth remembering that some colours are more collectible than others for a similar model. Guitar companies are always introducing new models in an attempt to increase their sales and over the past 50 plus years there have been many models introduced that “died” almost as soon as they were introduced…

A good example of this would be a 1960’s Gibson SG, a model that has become a collectible guitar. In an attempt to increase sales at start of the 1970’s Gibson introduced the new SG100, SG200 and SG250 range with single coil melody maker style pickups. There were several other changes made to this new model SG, all of which were seen by the buying public to be “downgrades“ from the earlier Gibson SG range. Luckily the new range only lasted about 18 months before Gibson stopped making them. Gibson then introduced the SG1, SG2 and SG3. These were also badly received by guitarists and that range also only lasted about 12-18 months. My point is that those guitars today have the Gibson name on the headstock and are over 45 years old…but does anyone want to own one? 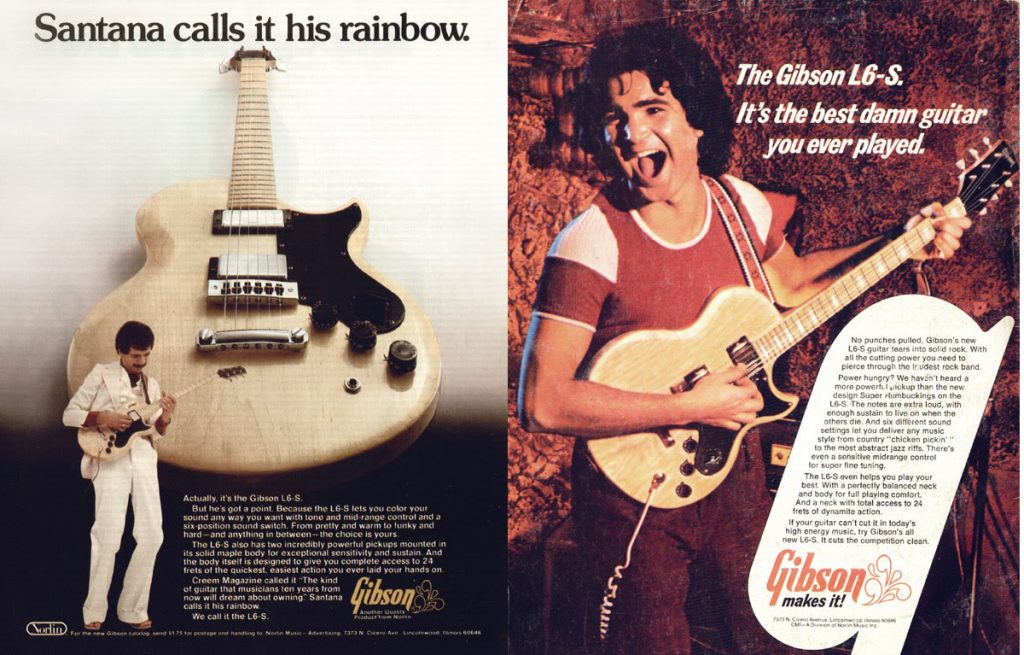 During the 1970’s Gibson introduced many new models, many of which only lasted a year or so. As you can start to realise, the fact a guitar is old does not mean it is worth large amounts of money, or that there is a large number of buyers out there looking for one.
With interest rates for savers currently being almost non existent, it’s not hard to explain why there has been a constant upward movement in the prices of some guitar models. A word of warning however... There are many fakes in circulation, and purchases should be made from sellers who have been dealing in vintage / collectible guitars for longer than 5 weeks. Here at Absolute Music we see examples of fake guitars every month, some are very hard to spot, others are blatantly obvious, including guitars with the Gibson logo on the headstock saying Gibsin. Be warned, if the price seems too good to be true it’s more than likely another Chinese fake, and not just for Gibson models, there are PRS, Rickenbacker, Gretsch and Fender fakes and copies out there on spurious Chinese mail order websites.

Another point to remember is that when you purchase a vintage guitar from a reputable company, for say £3000, then £500 of that price is VAT and the guitar actually is for sale at £2500 plus vat. So in order to get your original investment back the value will need to increase by £500, just to be at break-even. That could take a few years so be prepared to be in it for the “long game“.

I guess you are saying to yourself right now, this is all well and good but what should I be buying. Okay, let’s look at a sector of the market that will enable you to own a Gibson or a Fender electric for around £900-£1200, and be a 50 year old (or more). "Yes please" I hear you say! Well the answer is simple, Electric Lap Steels . These were very popular in the 1940’s-1960’s and are now being seen as undervalued. In the past 12 months we have seen a steady market increase in interest for vintage lap steels selling through our store. If it’s good enough for Dave Gilmour then why not for you?

Today £1000 could buy you a far eastern mass produced instrument or, if you’re looking for something much rarer and more unique, a piece of guitar history...the choice is ultimately yours…But buying older instruments, whatever that might mean, can and will lead you on an interesting and potentially rewarding journey back in time, to gain valuable knowledge of the history behind some of the older models still circulating to this day.

We say, enjoy the journey!