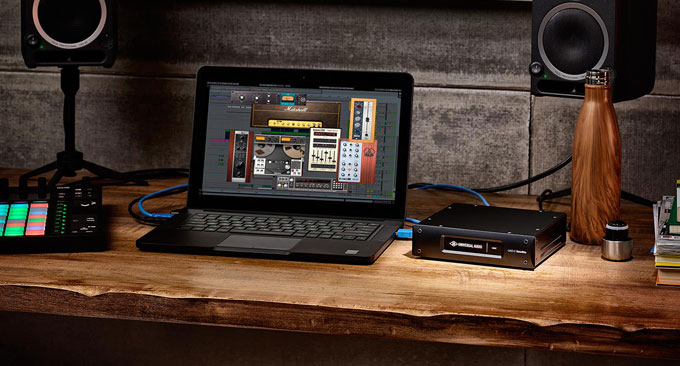 Universal Audio have dominated the DSP effects plug-in market for many years, and have now announced USB-3 versions of their acclaimed Satellite desktop DSP units.

The UAD-2 platform is used by countless music producers the world over. Their emulations of vintage outboard gear faithfully recreate the sound of classic analogue hardware. Now PC users with USB3-enabled computers can utilise the vast array of UAD plug-ins with the new UAD-2 USB Satellite models.

There a five flavours to choose from:

The OCTO versions have 8 onboard SHARC DSP chips, whilst the QUAD units have four, with half the amount of simultaneous plug-in power.

The Core versions come with Analog Classics Plus plug-in bundle that includes:

The Custom versions include the same Analog Classics Plus plug-in bundle, plus your choice of any three additional plug-ins upon registration, and if you are feeling flush, then the OCTO Ultimate gives you every single UAD-2 plug-in in their line-up up to, and including, version 8.4.