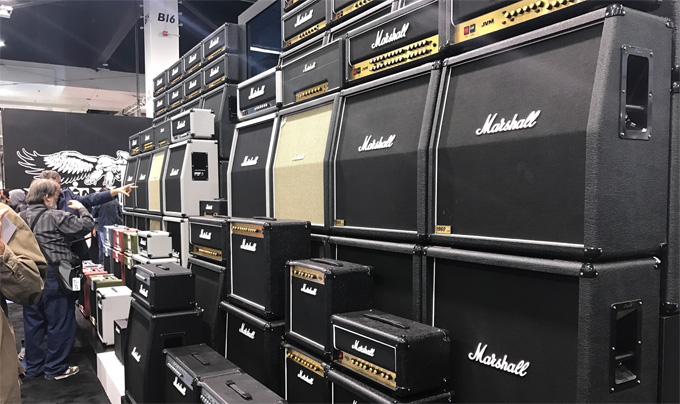 If you are considering buying a new guitar amp but not sure which one is right for you then check out this handy guide, written for us by seasoned guitarist and music journalist Ed Mitchell.

Any guitarist will tell you that there are as many amplifiers out there vying for your attention as there are guitars and, to the inexperienced eyeball, those black boxes, studded with rows of knobs, switches and LEDs, appear disconcertingly similar.

The good news is that you can get yourself out of this backline-shaped pickle by asking yourself a few pertinent questions. Together we can chop down that forest of gear and bag the amp that’s right for you. So let the grilling begin...

What do you need from an amp? Is it for bedroom practice or gigging down the local? Do you need onboard effects? Maybe you just want a simple-as-pie amp with bags of headroom without any of the bells and whistles. Is portability important? If so, you should consider a combination or ‘combo’ (amp and speakers in a single cabinet) instead of a separate amplifier head and cabinets like the Marshall stacks that Jimi Hendrix smacked his Fender Stratocasters against back in the late 60s.

Then there’s what’s lurking in the guts of your potential guitar amp purchase. You see, whether you’re looking at a combo or a separate head and cabinet, amplifiers fall into three main categories: valve, solid-state and hybrid. Read on for the skinny on each species…

When guitar geeks gab misty-eyed about classic guitar amplifiers they almost universally namecheck the same valve-driven legends. A classic example is the British Vox AC30 favoured by The Beatles, Brian May of Queen and Modfather Paul Weller during his blistering career with The Jam. It may only be 30 Watts but the AC30 will blow your socks off. 30 Watts of valve power is louder than the equivalent size solid-state amp. It’s well worth remembering that.

However, valve amps are not without their problems. They’re expensive, produce a lot of heat, can be a bit tough on the spine when carted around and at some point will need replacement valves. They can be tonally inconsistent too, sounding great one day and not so good the next, although the modern valve amps are better at delivering consistent tone than their vintage brothers.

Most players happily put up with the pitfalls of valve amps for one important reason: stone cold killer tone. I haven’t found anything to match pushing a valve amp into overdrive with the sheer brutality of my strumming hand. If you’ve ever shivered with glee at the sound of Pete Townshend of The Who hitting a power chord, you’ll understand.

It’s the late 60s. Valves are old hat. Man is hopping about on the moon. Transistors are the future and amp makers of the day catch the bug in a big way. Ever wondered why?

Well, transistor or solid-state amps are cheaper to build than valve jobs. You get more bang-for-your-buck in the shape of affordable power; raising the decibels without
raising your bank manager’s blood pressure. Tranny amps weigh less, don’t produce as much heat and are more consistent, sounding the same every time you switch them on. 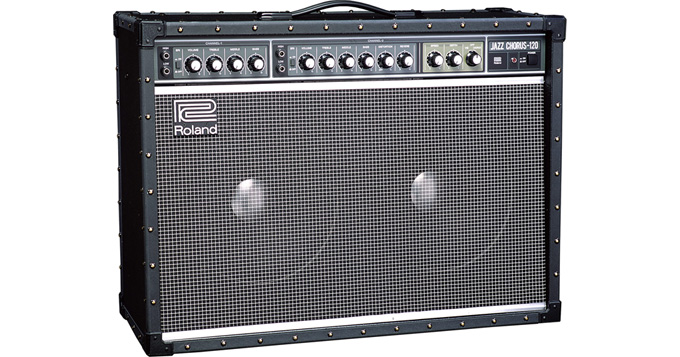 The Roland JC-120 Jazz Chorus (pictured above) is one of the few solid-state amps awarded classic status, mainly thanks to its huge clean headroom that showcases effects pedals so well. Featuring two 60W amps and onboard effects, including an acquired taste distortion circuit, the stereo JC-120 has been a favourite of Johnny Marr of The Smiths, Andy Summers of The Police and James Hetfield of Metallica.

While most famous guitarists run to valve power for their backline needs, there are some notable exceptions including blues royalty B.B. King and Albert King, rock ’n’ roll pioneer Chuck Berry, John Fogerty of Creedence Clearwater Revival and Robbie Krieger of The Doors. Lest we forget, the much-missed metal legend Dimebag Darrell of Pantera swore by his solid-state amps for much of his career, although he switched to valve shortly before his tragic murder onstage in 2004.

Most players agree that valve amps sound better than solid-state models although in recent years modelling technology has helped redress the balance a tad (see the ‘Solid state fights back’ box below).

As the name suggests, hybrid amplifiers aim to offer the best of both worlds. This generally means that the manufacturer has teamed a valve-driven preamplifier stage – usually a single 12AX7 tube – with a solid-state power stage. The result is portability and decent tone for a lot less lolly. That’s how Vox rolls with its Valvetronix+ range of hybridised amps. The gene-splicing of valve, solid-state and modelling technology is pretty damn potent when it comes to satisfying us tone hounds on a budget, and many hybrid amps also manage to bundle in effects or tone modelling too!

While practice amps tend to come with eight or ten-inch speakers, most combos are fitted with one or two 12-inch jobs. A single 12 will do the business for rehearsals and small gigs, particularly if you’re running through the PA system and using your amp as a monitor.

Bigger amps come with two 12-inch speakers to handle their higher output (this is what that curious “2x12” bit means in the techie specs). This also gives the amp some added bottom-end grunt, ideal if you like chugging, bottom-string riffs slavered in lashings of gain. If you prefer a clean tone, the Roland JC-120 has two 12-inch speakers to provide its legendary headroom and stereo chorus effect.

True bottom-end grinders crave the beef of a 4x12 cabinet or two. If metal is your business, you may find that nothing less than a stack will do. Time to sign up for that second paper round…

IS SIZE REALLY EVERYTHING?

As Rolling Stone Keith Richard knows, a small valve combo sounds the absolute business when it’s cranked up in the recording studio. Small two- to 20-Watt valve amplifiers, like the stunning Orange Micro Terror or tiny but mighty 50 watt Vox MV50 heads, are all the rage at the moment, and they’re not too unfriendly on the wallet either.

Another great example is the 5-Watt Blackstar HT-5. This British designed amp pumps out classic valve tones without causing your piggy bank too much distress.

The beauty of low-output valve amps is that they overdrive at much lower volumes than their big brothers. That sweet tone is something you absolutely have to experience for yourself.

The modelling amplifier is solid state’s ultimate challenge to the tonal supremacy of valve technology. You get the lightweight portability and consistent performance that has always made solid state so attractive with the added bonus of a collection of vintage and modern valve amplifier and stompbox sounds. It’s like owning a virtual music store full of classic gear.

While valve lovers will clutch their Vox AC30 and old school Fender and Marshall amps tightly to their hearts and refuse to let go, modelling technology gives the rest of us access to a range of sounds that we could never otherwise afford. Amps like the Fender Mustang GT and Marshall CODE models place an emphasis on great tone and ease of use. That’s why so many players have been bitten by the modelling amp bug.
IN A NUTSHELL

If you need an amp for bedroom practice sessions, a 10-Watt tranny combo will do the job just fine. For those of you on a budget looking for a powerful gigging guitar amp, consider a 100-Watt plus solid-state model. The Boss Katana 100/212 is a great choice for under £400.

Say a killer studio amp is on your radar, try some of the new breed of low output valve models. And if money and logistics are no object, I couldn’t be happier for you. Now go valve in a big way.

So, do your homework: eyeball reviews in guitar magazines; find out what other guitarists use; put together a list of criteria (usage, power output, effects); and try out those amps that best fit your needs and budget. The Absolute Music guitar guys recommend that you bring in your own guitar to test out the potential candidates. However, most important of all, use those shell-shaped things on the side of your nut and find your tone. It’s the only way to be sure.